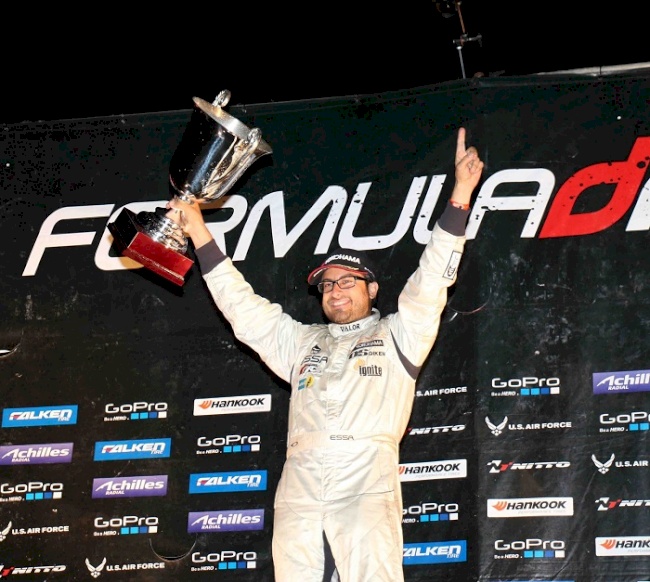 Essa entered the final day of competition with a seemingly comfortable15-point lead. It increased with a first-place qualifying effort, but the engine blew on his GSR Autosport E46 BMW M3 during the first competition round and he was unable to compete again. He and his crew had to then nervously wait for hours to see if the point lead would hold up – and it did.

“Gaining the title is amazing,” a jubilant and relieved Essa said afterwards. “I had a big enough points lead to get it done. But I really would have liked to get it done on the track. That’s not necessarily the way we wanted to do it. It was bittersweet, but we still got the win.”

Essa credited the AD08 R tires for helping win the title and two races during the year. “All season long the tires were great. I never had to worry about their grip, which helped give me confidence to push the car on the track to victory.”

“Congratulations to Michael and his GSR Autosport crew,” said Matt Johnson, YTC performance marketing supervisor. “I think I was more worried than they were about winning the championship. It was tough to see the car, which has been so reliable all season, go down with engine problems, but he and the team remained calm and upbeat, the mark of a true champion.

“We at Yokohama are proud our Neova AD08 R tires, which feature a specialized compound to enhance grip. By helping Michael win the championship, it really shows the performance capability that can benefit all enthusiasts around the world. The championship was hard-fought and well deserved.”

Yokohama Tire Corporation is the North American manufacturing and marketing arm of Tokyo, Japan-based The Yokohama Rubber Co., Ltd., a global manufacturing and sales company of premium tires since 1917. Servicing a network of more than 4,500 points of sale in the U.S., Yokohama Tire Corporation is a leader in technology and innovation. The company’s complete product line includes tires for high-performance, light truck, passenger car, commercial truck and bus, and off-the-road mining and construction applications. For more information on Yokohama’s extensive product line, visit www.yokohamatire.com.

Yokohama is a strong supporter of the tire care and safety guidelines established by the Rubber Manufacturers Association and the National Highway Transportation and Safety Administration. Details can be found at the “Tire Care & Safety” section at www.yokohamatire.com.