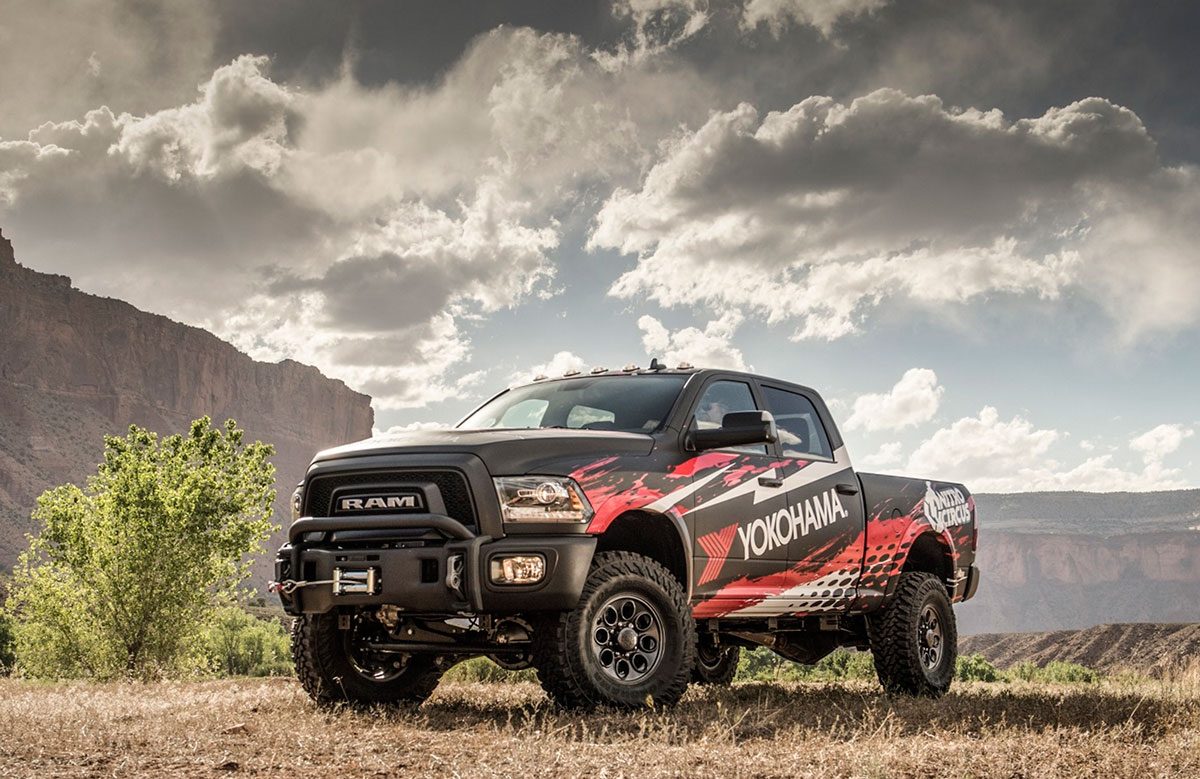 SANTA ANA, CA. – (June 19, 2017) – Yokohama Tire Corporation and Nitro Circus are asking: do you want to “Get Trucked Up?” It’s all part of the Yokohama Nitro Circus “Get Trucked Up Giveaway,” where the grand prize is a custom-built, 2017 Ram 2500 Power Wagon Crew Cab 4x4 featuring Yokohama’s all-new GEOLANDAR M/T G003™ mud-terrain tires.

The sweepstakes, in conjunction with Yokohama marketing partner Nitro Circus – the world’s leading action sports and entertainment brand – runs through October 15. The truck made its debut at the Nitro Circus show in San Diego and will be on display at all 20 Nitro Circus Live events across the country through the end of September. A free set of GEOLANDAR M/T G003 tires will be given away at each Nitro Circus Live event.

Entry to the contest is easy: go to yokohamatire.com/truckedup to enter. You can earn extra entries by liking Yokohama Tire’s Facebook page and by sharing on Facebook.

“The grand prize-winning Ram 2500 Power Wagon is a real beauty,” said Fardad Niknam, Yokohama Tire director of LTR segment development. “We partnered with AEV to load the truck with all sorts of cool modifications, including a three-inch dual sport SC lifted suspension, a premium front off-road bumper, 17x8.5 Katla onyx black wheels, and differential covers for the front and rear. The custom livery wrap was designed by Jon Sibal and, of course, it runs on 37x12.50 R17 Yokohama GEOLANDAR M/T G003 tires. It will draw a lot of attention from fans at the Nitro Circus events.”

Niknam said the new M/T tire was created for hardcore off-roaders, outdoor enthusiasts and pick-up truck/SUV owners, and is initially available in 37 sizes, ranging from 15- to 20-inch rim diameters. New features on the M/T, which goes on sale in the U.S. July 1, include aggressive sidewall styling, GEO-SHIELD™ technology and a special triple-polymer compound.

Note: FCA US LLC is not a sponsor of the sweepstakes promotion. RAM is a registered trademark of FCA US LLC.

Yokohama is a strong supporter of the tire care and safety guidelines established by the U.S. Tire Manufacturers Association and the National Highway Transportation and Safety Administration. Details can be found at the “Tire Care & Safety” section at www.yokohamatire.com.