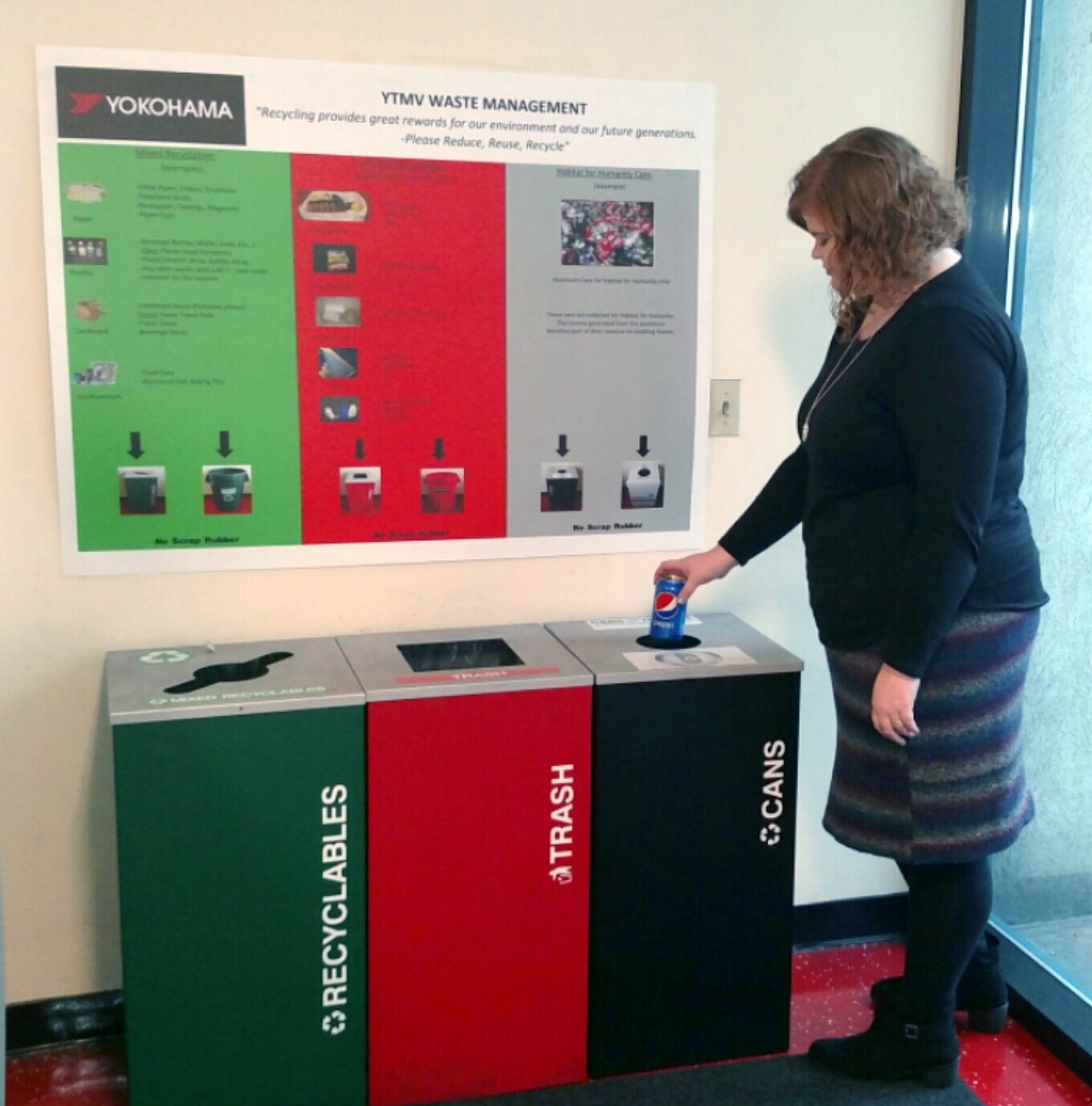 According to Neil Dalton, Yokohama Corporation of North America director of environmental health and safety, “all waste generated at YTMV now goes to non-landfill options such as recycling, reuse or energy recovery.”

To successfully achieve zero-waste-to-landfill status, YTMV had strategically put in processes and practices that deliberately and significantly reduced waste. “In order to be a zero landfill plant, it was important to understand as a company that you can’t throw anything away because there simply is no ‘away,’” said Dalton.

By the beginning of 2015, the landfill waste output from YTMV was down to two percent of all waste generated, and as of September, the facility reached the zero level.

The zero landfill initiative is part of an ongoing global environmental mandate from The Yokohama Rubber Co., Ltd. (YRC), YTMV’s parent company in Japan. It stems from YRC’s ‘Grand Design 100 Plan (GD100), which sets standards for Yokohama to harmonize its company-wide operations in everything from manufacturing to product design with the environment.

In March, YTMV received the 2015 Environmental Warrior Award from the Virginia Water Environment Association (VWEA). The award was bestowed upon the facility as part of VWEA’s 2015 Industrial Waste and Pretreatment Environmental Excellence Awards Program.

In 2014, YTMV was appointed into the Virginia Environmental Excellence Program (VEEP) with an E4 status, the highest status rating awarded by the program. YTMV also received ISO 14001 certification for environmental management systems in 2007 and has continued to promote environmental protection and conservation in all its activities.  \N